The Boks outscore the British & Irish Lions by three tries to nil, but a late Jeremy Guscott drop goal wins the second Test and clinches the series for the visitors. I score a try, but on my debut miss with a penalty and two conversions, while Henry Honiball misses two penalty kicks and Andre Joubert also fails with a conversion.

Percy Montgomery in action during his 1st Test match against the British & Irish Lions.

Guscott’s drop goal beat us and I felt even further humiliated when he refuses to swap his Test jersey with me. I aslo won’t forget the sight of Scott Gibbs on the charge and bouncing off Os du Randt. It was the first and last time I saw Os coming off second best in a tackle.

The Boks score eight tries and condemn the Wallabies to their worst ever defeat. The 45 point differential is also the Boks’ biggest against Australia and in my last Test for the Boks I kicked the last two conversions. 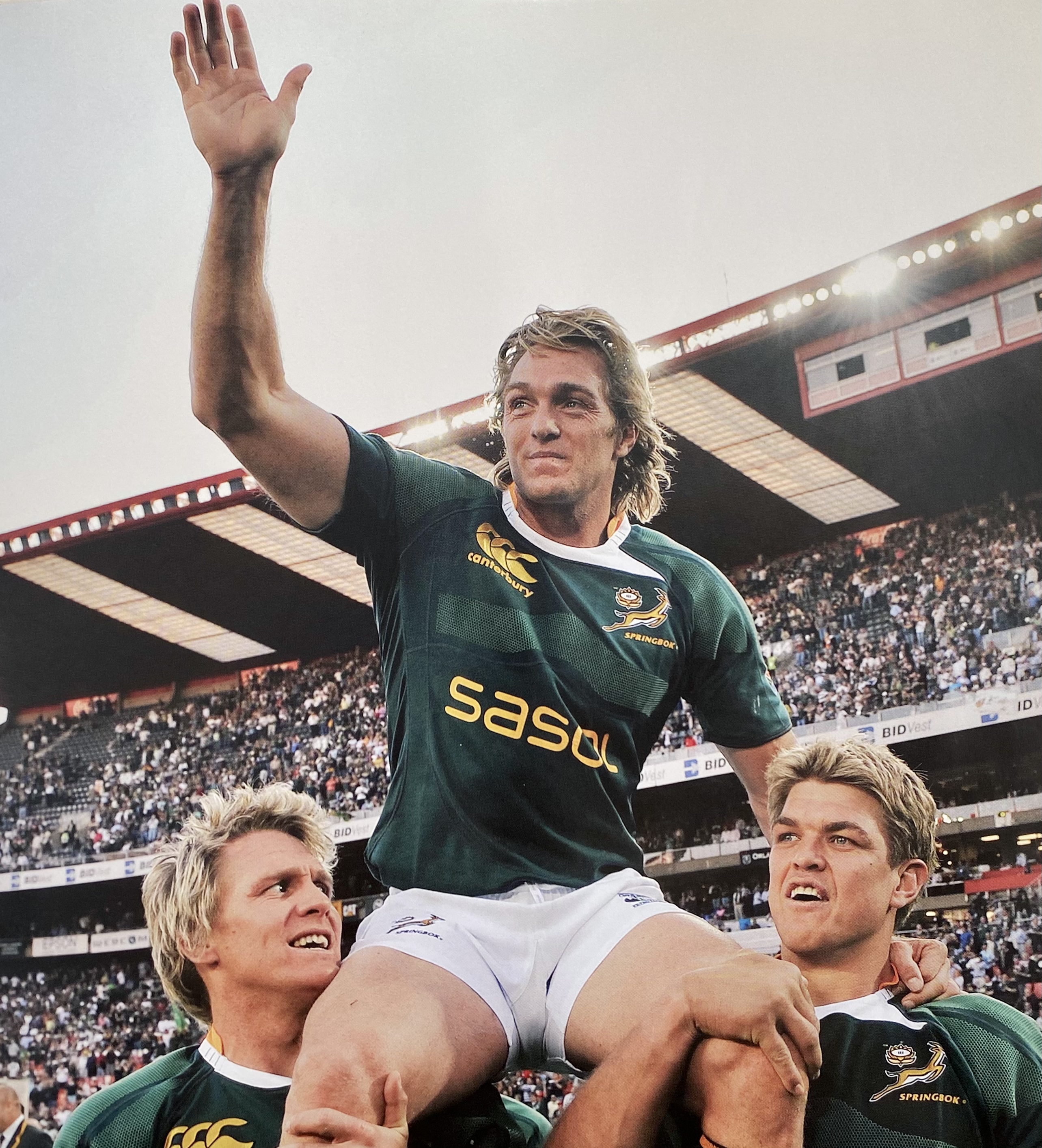 Jean de Villiers and Juan Smit lifting Percy Montgomery on their shoulders in his last and final Test match as a Springbok. 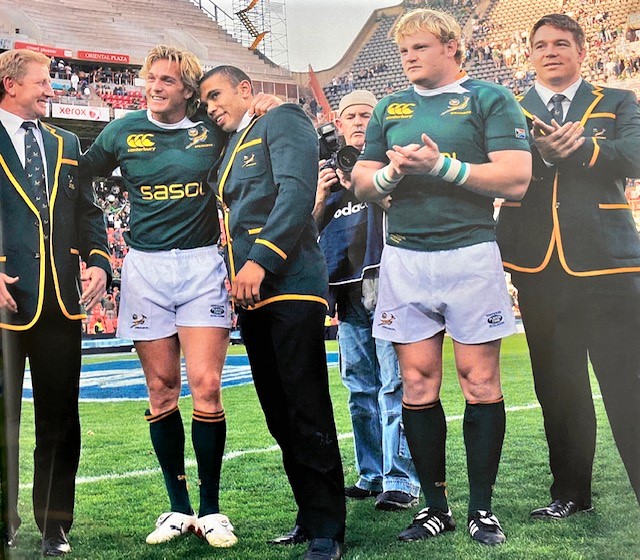 Everything about that day was emotional because I knew there would not be a tomorrow for me as a Test Springbok. This was it, after 11 years and 102 Tests and to end with a record win against the Wallabies was extra sweet.

To view these Jerseys click on the following links: